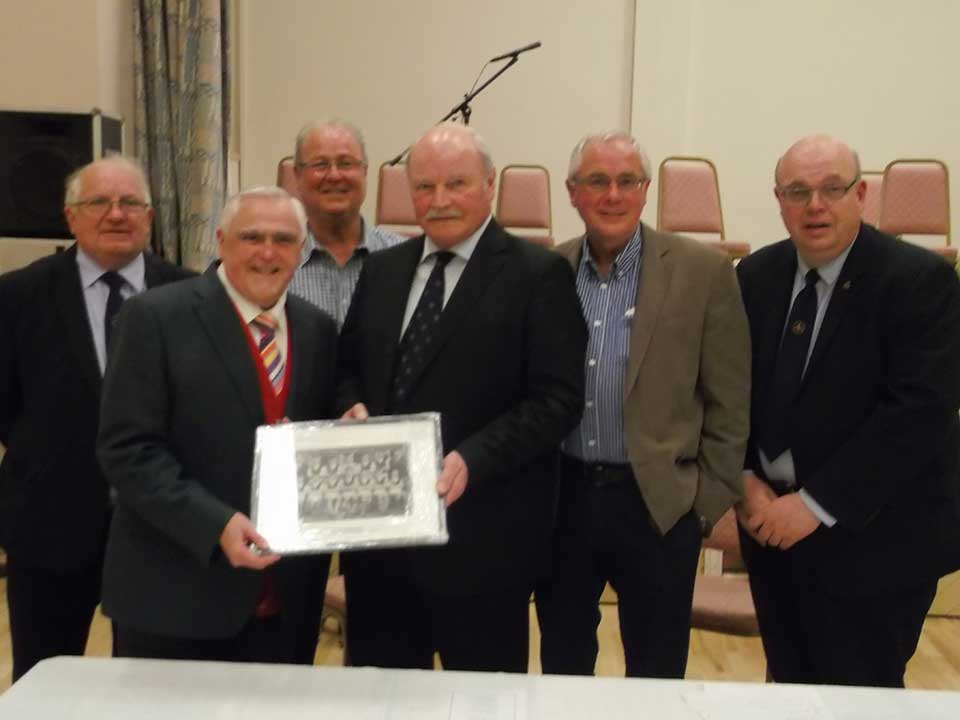 The annual Reunion and Dinner of 1st Portadown Company Boys’ Brigade Old Boys’ Association took place on Friday, May 13, 2016 in Edenderry Memorial Methodist Church Hall.
Forty five (that number increased to forty seven later in the evening) members, Old Boys and guests enjoyed a first class meal served by Yvonne Aston and her catering team, with entertainment later from Aaron Cassells, a member of 1st Portadown B.B. Anchor Boys and a pupil of Jenny Chambers School of Speech and Drama, who recited his poem ‘Sandy and Andy’, and also Brian Johnston and Raymond Cooper (a member of the Association) from the group, Accordion Sounds.

Special guest at the evening was former Portadown Football Club manager, Ronnie McFall MBE, himself an ex-member of 1st Portadown B.B. who took part in a fascinating question and answer session with Brian Courtney, a member of the Association and formerly senior soccer correspondent of the ‘Portadown Times’. Ronnie recalled his early days in Portadown and later reminisced on his playing and managerial career.

Also attending the dinner were two former Presidents of the Methodist Church in Ireland, the Rev. Aian Ferguson and the Rev. Roy Cooper.

The evening ended with the traditional singing of ‘The Lord’s My Shepherd’, accompanied by Ryan Harris (keyboard) and Accordion Sounds.