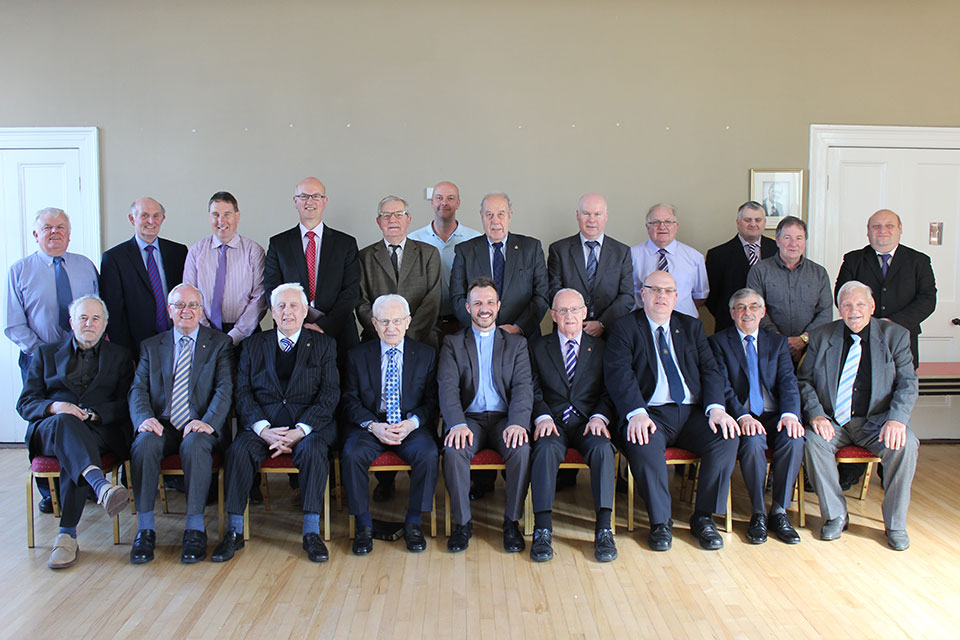 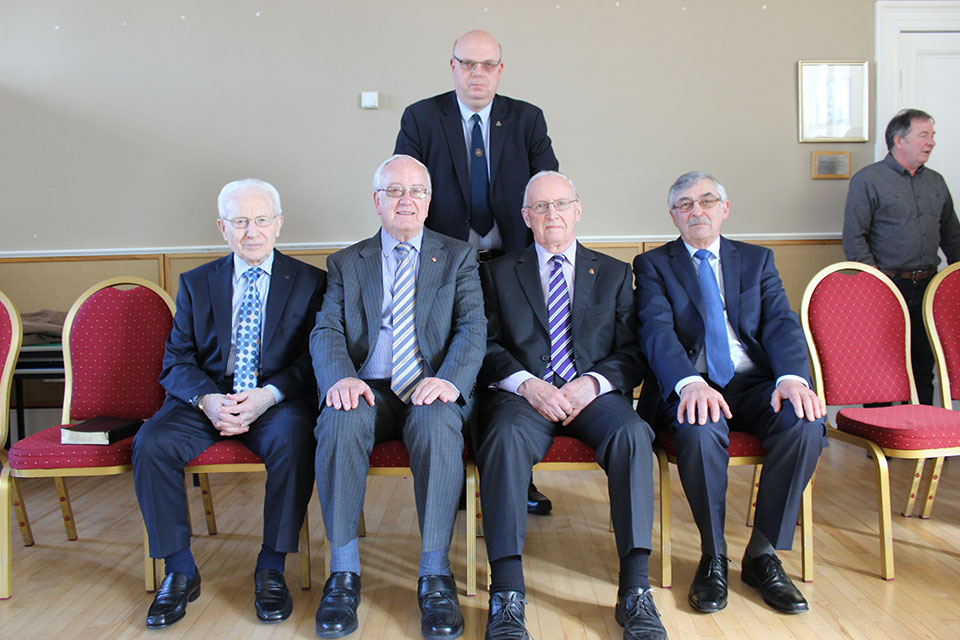 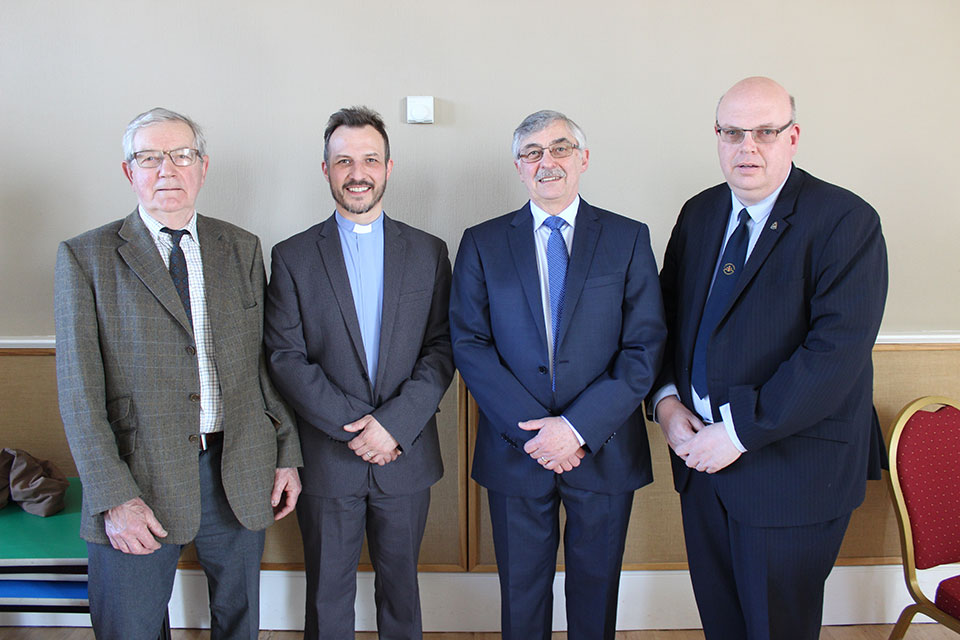 The final Old Boys’ Bible Class before the summer break took place in Thomas Street Methodist Church (Minor Hall) on Sunday, May 10, 2016.
It also saw the final Bible Class for the Rev. Mark Durrell before his move to the Lisbellaw, Maguiresbridge and Tempo Methodist Circuit at the end of June/beginning of July. Mark gave an inspiring talk and at the end of the Bible Class was presented with a farewell gift by Steven Wright (Chairman).
Steven also presented World War One Centenary BB badges to four Honorary Vice-Presidents – Derek Laverty (Bible Class Leader), Victor Pickering, Kenneth Twyble and Bobbie Wright (Wesley Gould received his badge at a separate Church function, while at the same function, Lynn Burrows accepted a badge on behalf of his brother David in Arizona, USA). Leslie Wells, Errol Johnston and Ivan Davison have been presented with their badges in recent weeks.
We were also delighted to welcome back the Rev. Henry Keys, a former member of the Company, now a retired minister on the Larne Methodist Circuit, and he offered a prayer of commission to the Rev. Mark Durrell for his summer move to County Fermanagh. Also at the Bible Class were two new faces, David Gates and Roy Graham and we hope that they felt ‘at home’ with us and enjoyed the fellowship.
The Bible Class now takes a break for the summer but will return on Sunday October 9, 2016 (D.V.) at 3.00 pm in Thomas Street Methodist Church (Minor Hall). All men are welcome.