Representatives from Boys’ Brigade (Northern Ireland District and Company level), politics, soccer, as well as the ‘Gospel Goal’ Christian charity organisation were among the congregation on Sunday, February 26 in Thomas Street Methodist Church for our Annual Old Boys’ Association Service.
The preacher at the service was the Rev. Brian Anderson, former President of the Methodist Church in Ireland, with special music from Seymour Street Methodist Men’s Choir (Lisburn).
The service was led by the Rev. Thomas Stevenson (President, Old Boys’ Association), while the Rev. Kenneth Robinson (Portadown Methodist District Superintendent) offered prayers, especially remembering the family of Errol Whitten, a member of the Old Boys’ Association for over fifty years and who died suddenly on Friday evening.
Kenneth Twyble read the scripture lesson, Ryan Harris was the organist with Paul Cranston and Patrick Loughead responsible for the PowerPoint and sound.
Following the service, supper (courtesy of Thomas Street Methodist Church’s catering team) was served in the Wesley Hall, during which a number of presentations and speeches took place.
Paul Clydesdale accepted a cheque on behalf of ‘Gospel Goal’, who are aiming to put scripture verses on advertising hoardings at all Irish League soccer grounds in 2017, while Life Membership was conferred on Ivan Davison BEM, who has been a member of the Old Boys’ Association since 1946.
David Blevins, Northern Ireland District Boys’ Brigade President and also a member of the Old Boys’ Association gave a brief update on the work and growth of the BB in the province.
Rev. Thomas Stevenson ended the evening in prayer. 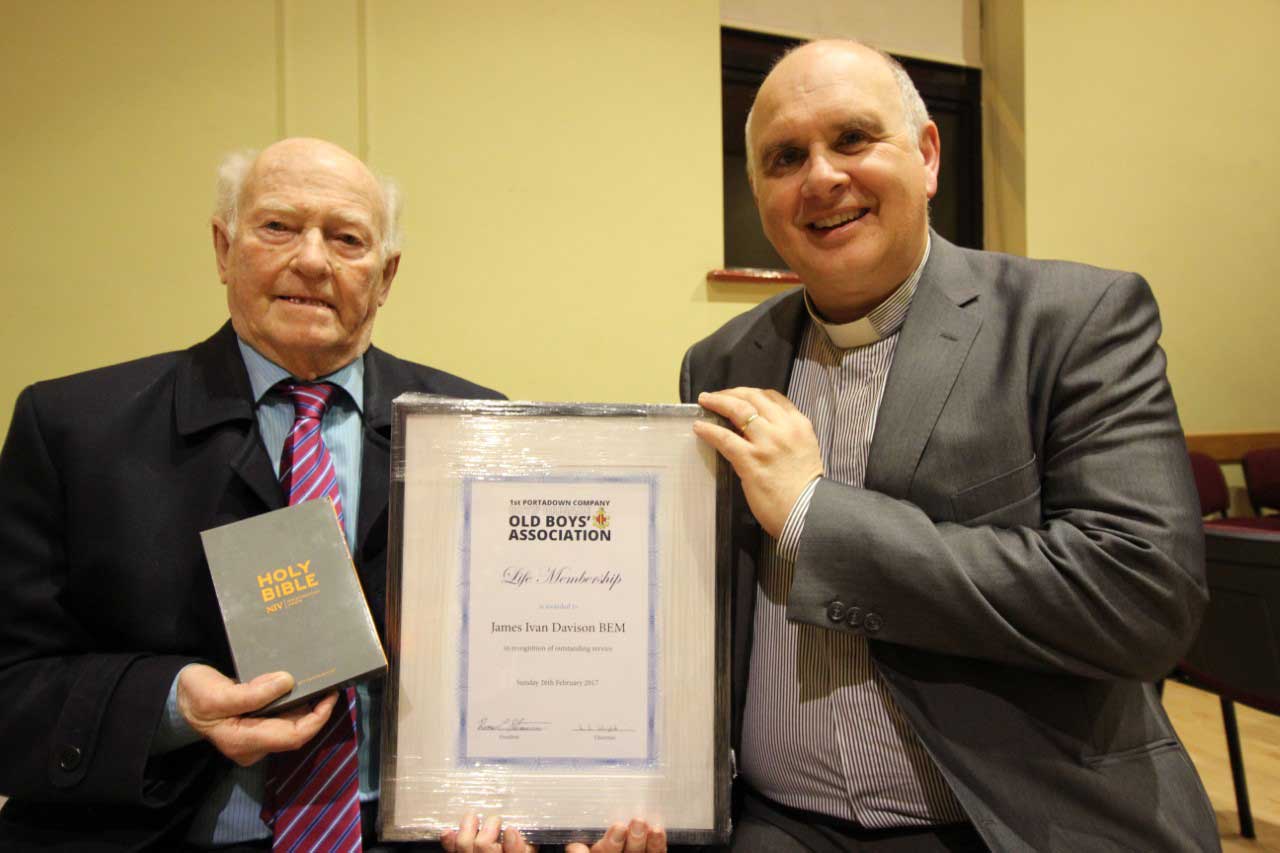 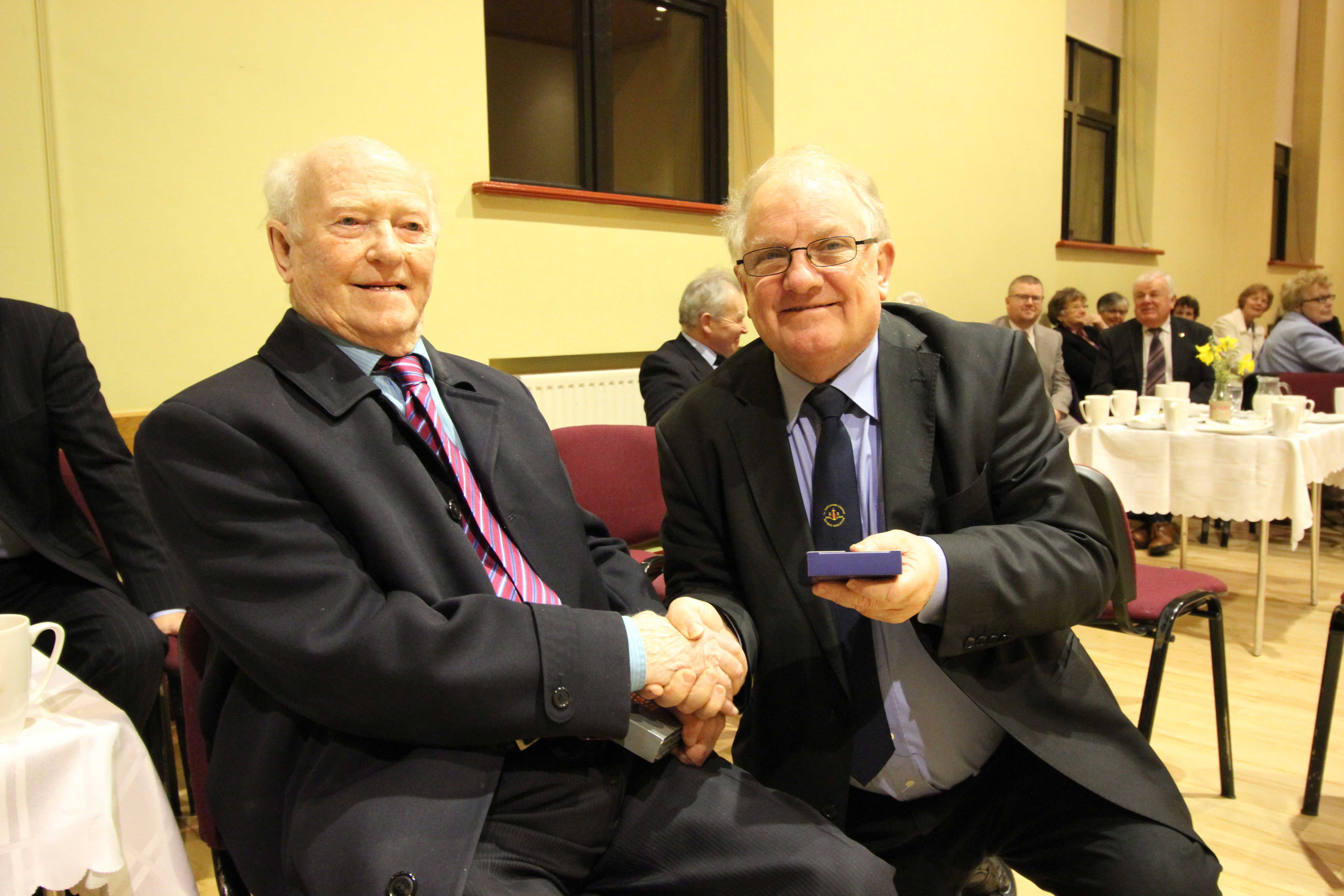 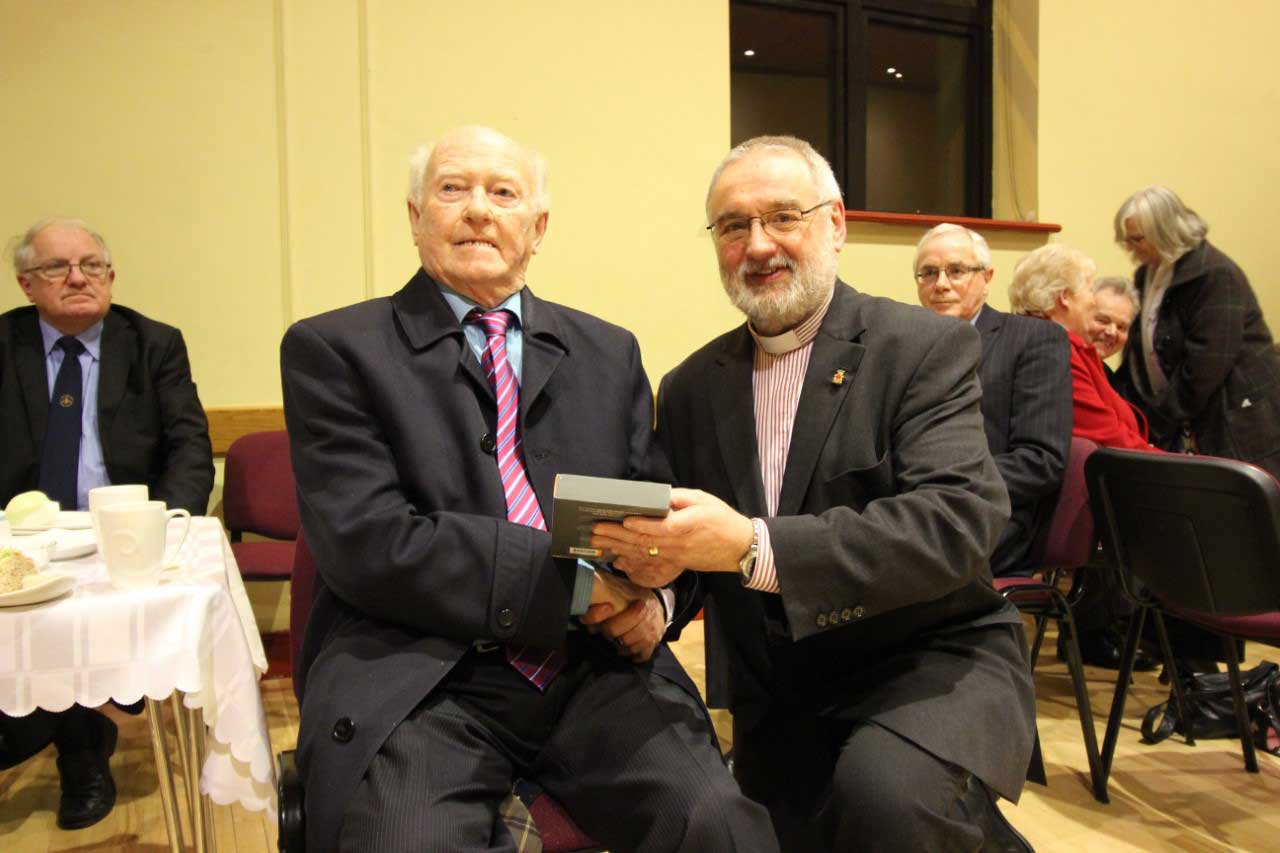 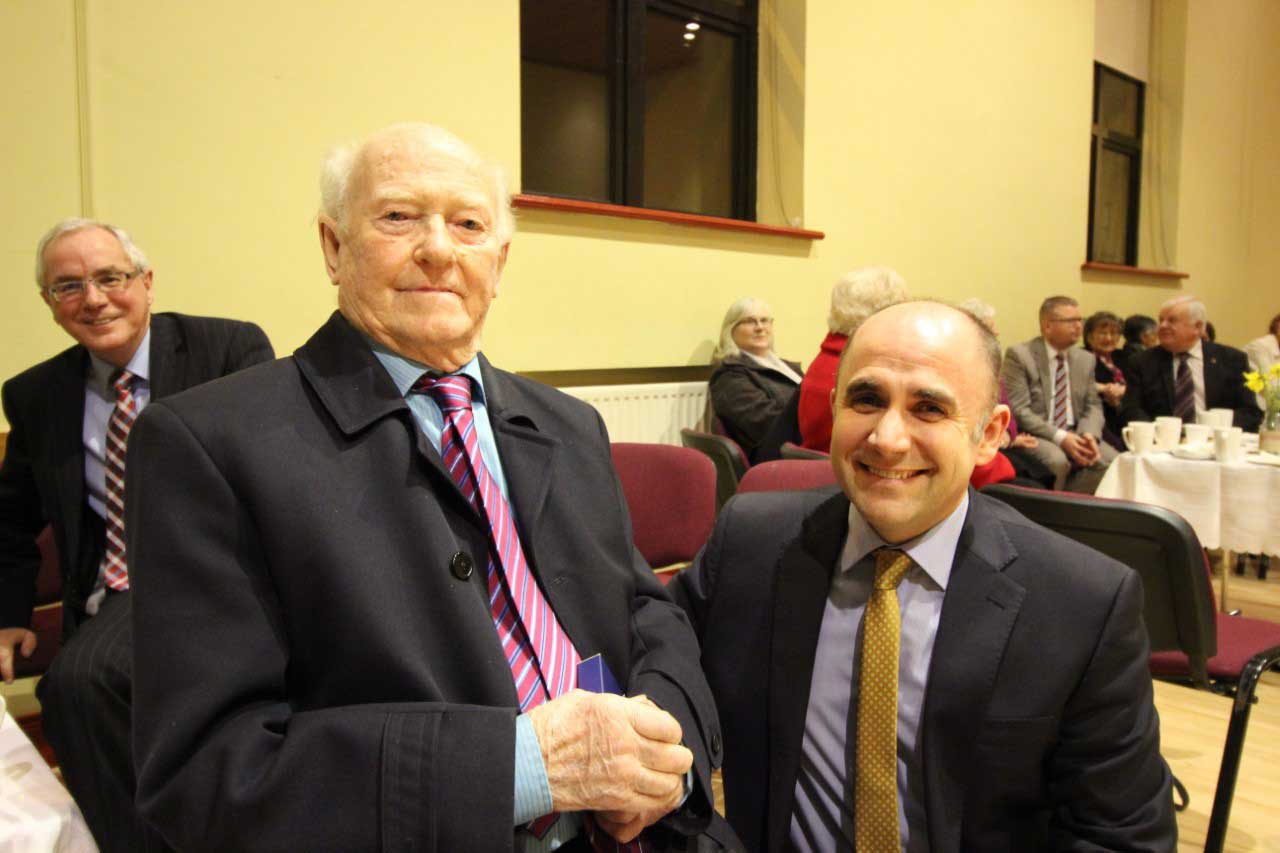 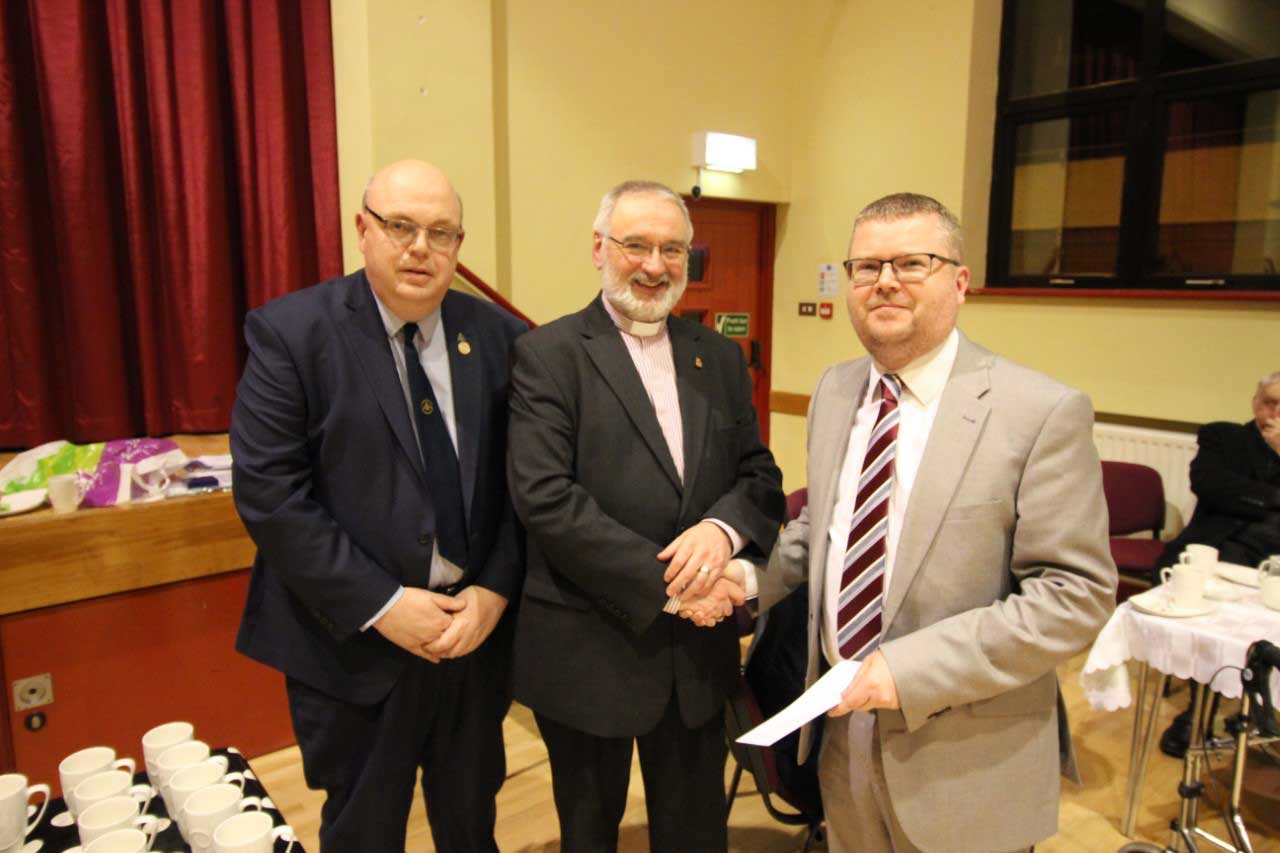