info@1stportadownbboldboys.co.uk
One hundred years of the Boys’ Life Brigade / Boys’ Brigade in Thomas Street Methodist Church was celebrated at a special service in the Church on Sunday, February 23, hosted by First Portadown BB Old Boys’ Association.  The service also saw the dedication of new Company Colours, presented by the Old Boys’ Association, which was a repeat of 1945, when the Company celebrated their Silver Jubilee and also in 1970 for the Golden Jubilee.  The special preacher at the service was the Rev. Steven Wild, a former British Methodist President, while others taking part in the service were the Rev. Darrin Thompson (Company Chaplain and Old Boys’ President), Rev. Alan Wardlow (Portadown Methodist Circuit Superintendent), former Company Captains John Gates and Kenneth Bustard, Bertie McAfee, a former member of the Company and Tom Fenton, a current member of the Company. Special music was from ‘Men In Black’, Ryan Harris was the organist, while Paul Cranston and Kyle Quinn were responsible for the presentation of the Company’s one hundred year history on PowerPoint.
Among the special guests at the service were Her Majesty’s Lord Lieutenant for Co. Armagh, The Earl of Caledon (The Earl of Caledon also assisted with the dedication of the new Company Colours), accompanied by The Countess of Caledon and Cadet Sergeant Rebecca Pinkerton (HMLL Cadet for Co. Armagh), as well as First Minister Rt. Hon. Arlene Foster MLA, Carla Lockhart MP, Deputy Lord Mayor Councillor Margaret Tinsley, as well as other MLA’s, ABC Councillors, together with representatives from Boys’ Brigade (Battalion and Northern Ireland District), Royal British Legion and other public services.  Following the service, supper was served in the Wesley Hall, courtesy of Thomas Street Methodist Church’s Catering Team. 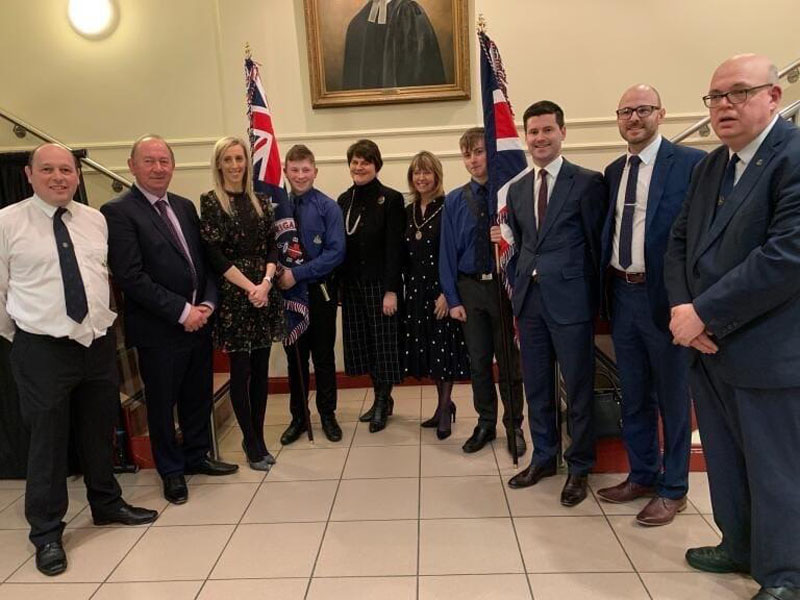 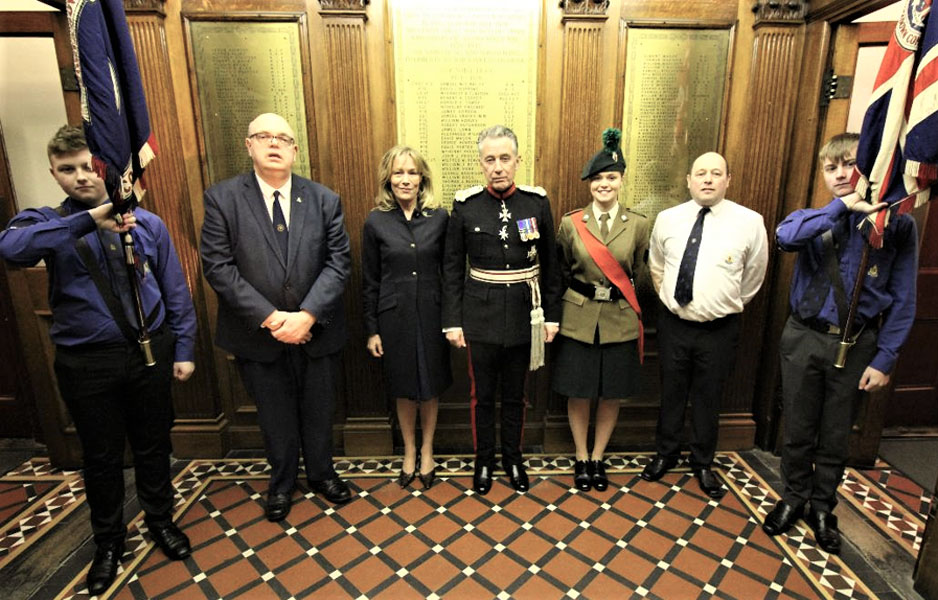 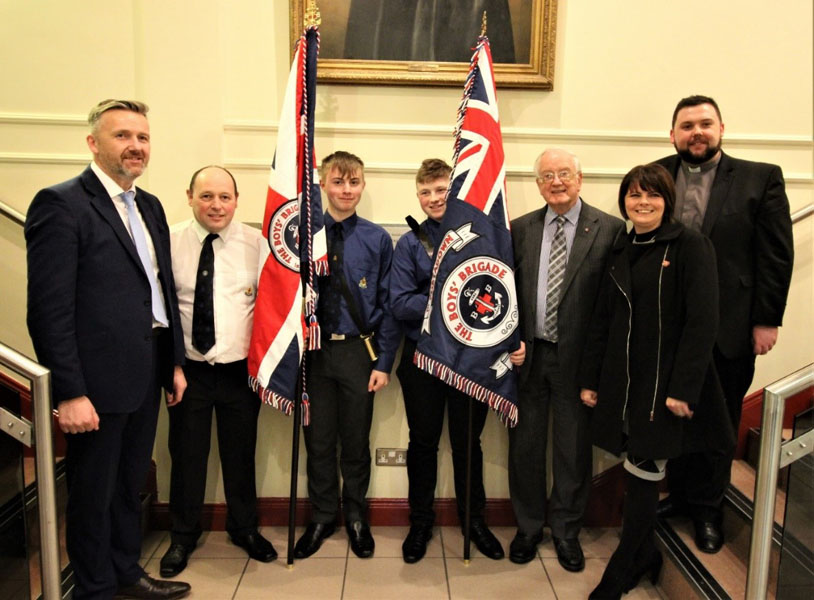